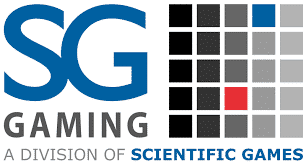 You have probably seen one or more of the slot machines by SG Interactive if you’ve been to a casino within the past few years.

The massive Scientific Games Corporation is one of the most powerful forces in gaming. They have a hand in all aspects, including instant lotteries, social gaming platforms, and slot machines for your pleasure!

SG Interactive is a driving force in the way slot machines are played, combining its own cutting-edge technology with exclusive designs from powerhouse subsidiaries like Bally and Williams.

John Koza and Daniel Bower founded Scientific Games in 1973. The initial focus was to gain a share of the fast-growing instant lottery industry.

Scientific Games began to spread across the country, winning contracts to run state lotteries. They also successfully lobbied for legalization in more states.

Through several acquisitions and mergers, the company would become a global empire. This included expansion into the US market after their 1979 purchase by Thomas H. Lee, a venture capitalist.

After expanding its betting business throughout the 2000s and acquiring other companies, the company started to move into slot machine gaming by establishing SG Interactive.

The company purchased British slot machine manufacturer Barcrest from IGT in April 2011. IGT was trying to sell less profitable divisions in order to consolidate their business. Barcrest would not be the only one.

They would purchase WMS Systems for $1.5 billion in October 2013 to add the WMS Systems slot machine division.

In November 2014, Bally Technologies, one of the most significant innovators in slot machine technology, was purchased by the company.

SG Interactive was born during this time. SG Interactive would combine its technological prowess with casino software to create innovative slot machine designs that would improve and re-release old designs while also offering new products.

The SG Interactive collection includes a wide range of fantastic machines that will appeal to all types of players. These options provide a great mix of gameplay options for players who enjoy fast slots, bonus games, and high-stakes options. All of these slot machines should be available on mobile devices.

SG Gaming slots are available to play on mobile devices. The choice is yours with tons of options and a friendly tone that’s perfect for when you want some light entertainment while away from home or work!

The SG company has focused on making sure the software and mobile interfaces are optimized so players can play fast, stable games.

SG Interactive’s major innovations aren’t necessarily about the machine itself. Instead, the heart of SG Interactive is all about improving how people can use their favorite machines.

The game server software they use and their international network of remote servers allows players to access the best games from more locations. This is the future of slot machines.

They have also advocated for social gaming options to be added for those who cannot legally gamble from their homes or anyone just looking for some fun, no-risk slot games. 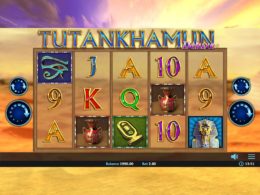