Habanero is a European Slot machine developer, creating games such as Fa Cai Shen that are popular in Australia and Asia. They were founded in 2012 and they have four offices throughout Johannesburg, Sofia, Kyiv, Manila, The Philippines to give the capability for operating globally with Markets all over the world.

You’re likely to be familiar with the most well-known software companies in the online casino industry if you’ve been around the block several times. The king of all game studios, who can be found on almost every legitimate gambling site, including Netent, NextGen, and Microgaming.

You’ll be aware, however, that there are always hidden gems in e-gaming. It could be a single slot machine that you’ve never tried before or a large selection of slots machines from a game-maker.

Habanero Systems might be the right software company for your needs if you are looking for something a little different from the norm. The relatively unknown company has a wide range of slot machines, including many that use 3D animations. Many of these games can be played on smartphones and tablets. All these games can be accessed via the demo website. However, Habanero Systems’ slots machines can be spun for real money at a small number of licensed casinos.

The Most Popular Habanero Slots

Habanero regularly adds new games to its portfolio. Their games work on all devices, can be played in landscape or portrait mode, and have configurable jackpots.

Let’s have a look at some Habanero slot machines. They only offer five-reel video slot machines and have over 50 listed on their website. They offer a wide range of genres, from the common 12 Zodiacs that make the most Chinese theme and offers multipliers, wilds, and a progressive Jackpot to the more exotic.

Dragon’s Battle is a side game that allows players to decide how many free spins they get. Two dragons will flame it out. Arcane Elements borrows its theme from Wizards, spell casting, and offers the player four Element symbols that can award additional wilds.

Habanero’s novelty slots are the flip side of their Habanero offering. Titles like Buggy Bonus and Coyote Cash offer 243 ways for you to win. The Habanero slots have something for everyone.

Arcane Elements and Roman Empire are just a few of the other games that have bonus gameplay and familiar themes. Dragon’s Throne, a slot machine that is inspired by classic fantasy adventures comics and games, has a stunning design. The game also puts the player in the centre of the action, with an extra game where two dragons battle it out for the chance to win free spins. Arcane Elements, on the other hand, is about wizards and spells that grant extra wild symbols to the reels. Gold Rush promises explosive action with free spins as well as collapsing symbols.

Habanero games often have stunning graphics, which is impressive considering that the developer releases new titles very quickly. You can see an example of this in a game called 12 Zodiacs. It is a slot machine that only uses themed symbols on its reels. There are many other excellent examples of games that look just as good today, such as Bombs Away and Cash Reef.

The symbols are what can make or break a machine. They tend to be just as good as the surrounding graphics. Although they don’t always use themed symbols in their games, the Royal cards are often used. However, they look great and have some connection with the rest of the design.

Although the majority of features in Habanero slots will be familiar to you, they aren’t the only ones. You might find wild symbols that can be stacked, which offer multipliers, scatters with high payouts, or free spins that multiply your wins. They don’t usually offer any unique features, but slots like Cake Valley do.

Multipliers are often a benefit to regular players who will enjoy higher payouts. These slot machines pay between 500 and 1,250x before multipliers are allowed to participate. However, there are exceptions to both the above and lower ranges. Jugglenaut pays 4,000x for the correct combination.

Habanero’s slot games are designed with an aesthetic that is both sleek and sophisticated. From the colourful graphics to their high-quality sound design, Habanero has managed not only to create some of the most visually pleasing video slots in existence but also offer players a variety for every type of player: whether you prefer comedy or action fantasy inspired gameplay will be met here! 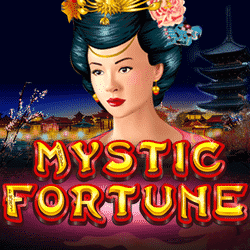