From the small Australian company Big Time Gaming, you can get your hands on a couple of dozen slot machines right now. They’ve got them in some great online casinos that are available to players today! The content was translated into 20 different languages including major Western ones like English and French as well as other non-Western favourites such as Japanese or Russian among others. This is because they have obtained licenses across multiple jurisdictions.

It is not easy to secure such high-end clients, something that many established and new companies would love to do. BGT’s client list is a testament to the quality games and gaming experiences they create.

Big Time Gaming, based in Surrey Hills in Sydney, is licensed in high-standard jurisdictions in the UK, Canada, Gibraltar, and Canada. This means that the company is considered safe and secure.

Moving on to the most exciting part of the typical BTG slots, let’s check out the features. This is where Big Time Gaming truly shines, and usually, you can see it as soon as the slot loads. Whether it’s a retro game like Golden Goals, a reactor-type slot like Rocky Reactors, or a 6 reel behemoth with hundreds of thousands of Megaways, they always have something unique to offer.

I’ll take their latest released slot as an example, Pop. This particular game gets 4 reels, but they also have others that offer 6 reels. The layout of these games will often include a varying number of symbols for each column. You might have 2 symbols on it this round and 7 symbols during the next one. In White Rabbit’s free spins you can even get up to 12 symbols per reel. With so many symbols present, you can have as many as 248,832 ways to win for combinations to form on during White Rabbit.

Feature Drop is an option that allows you to buy features, triggering them in exchange for cash, and it’s another option introduced in White Rabbit. Wild symbols, scatters, free spins, there are all used in most slot machines they offer.

Another favourite of mine is the Wild Multiplier, which some games offer. These multipliers vary in size, sometimes going to 3x, other times to 5x. The best thing is that they multiply each other, and so with two wild reels that have 5x multipliers each, the payout of their combinations is at 25x the usual value.

BTG slots are one of the most played online games. You can now find Big Time Gaming slot machines at almost all casinos and online slots sites since the introduction of Megaways. They offer more than 30 slot machines and place emphasis on quality over quantity.

Bonanza Megaways, a mining-themed adventure, is what sparked Megaways’s popularity. Although it may not be as visually appealing as some of the more recent releases, the thrilling gameplay more than compensates.

It is a game engine with 6 reels and up to 117,649 ways of winning. You can play it starting at 20p per spin on any device. Reaction features allow for the replacement of winning symbols with new symbols, resulting in continuous wins. This medium-high variance game offers dynamite action with free spins and a multiplier that grows by 1 for each “reaction” win.

White Rabbit Megaways is a Megaways slot with a lot of bang for the buck. This 5 reel slot is loosely inspired by Lewis Carroll’s Alice stories and offers up to 16,807 chances to win in its base game. All devices can be used to spin the reels for as little as 10p each.

Highlights include Down the Rabbit Hole free spins, where the reels can expand and offer up to 248,832 mega ways. In the Caterpillar Wilds feature, you can also find additional wilds and multiplier wilds that can triple payouts.

Are You a Millionaire

The sound and visuals of Who Wants To Be a Millionaire Megaways are based on the hit TV game show. Fans of the ITV quiz will instantly recognize the familiarity with the sounds and visuals. The game is based on the TV source material and features 6 reels with up to 117.649 ways of winning.

The Free Spins feature uses the iconic soundtrack. You can ask the audience, phone a friend, or play 50/50 to get your free spins. These free spins also come with a dynamic multiplier that increases with every reaction win’.

The futuristic Megaclusters is BTG’s second release that uses the Megaclusters mechanic. It offers lots of excitement. On a 3×3 grid, each position is made up of 9 symbols, rather than one. Each symbol that is not a winner will be replaced with 9 smaller symbols. Each winning combination will result in a symbol collapse.

There are also roaming wilds that offer multipliers boosts and a Free Spins feature which allows you to carry over multipliers from the previous spin. The grid can be expanded to 321 symbols, which can lead to some huge winning clusters.

Megapays was created naturally due to the huge success of Big Time Gaming’s slots. Megapays is a progressive jackpot system that can be found in some of their slot machines. All Megapays slots will have 4 progressive jackpots. You will find Mega, Midi, Major, and Mini Jackpots.

Megapays features are visible when you play Megapays slots. They can be activated at any spin. To become the Megapays symbol, 1 symbol must be selected. This symbol locks in place with another respin if it lands in more than one instance. You will move up the Megapays ladder the more times you land this symbol.

Big Time Gaming is becoming nearly as prominent of an area for slot players to explore, but it has its roots in Australia. The company specializes in developing games with many different features which can make gameplay unpredictable and more thrilling than ever before! 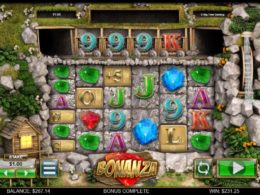 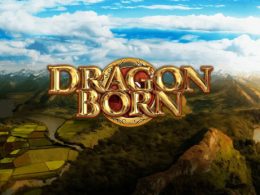